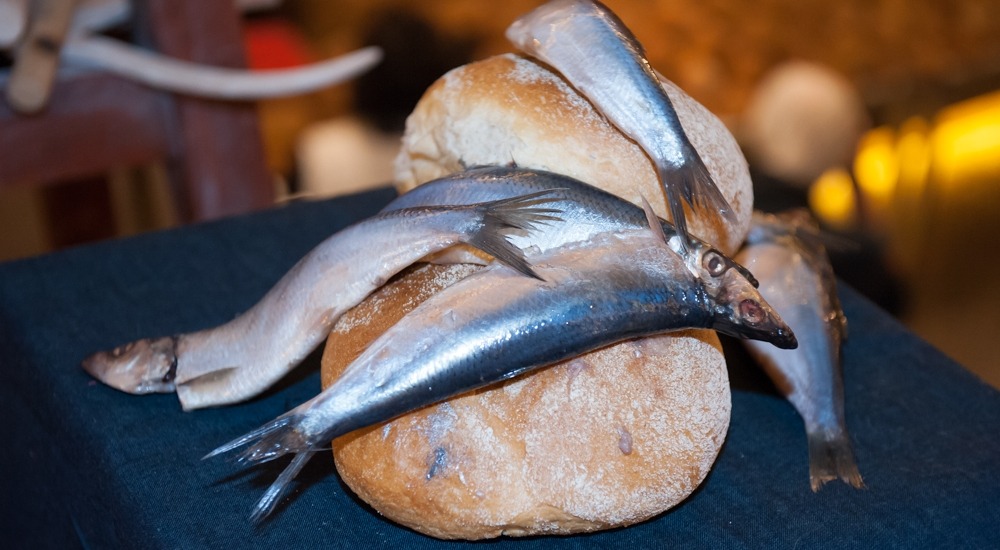 Whether it’s the culinary delights of hutspot (hotchpot), herring and white bread. Or the celebration of local identity by community singing, parades and the biggest Dutch carnival north of the Rhine. Or just the opportunity of boozing at street bars deep into the night, while dancing to the tunes of local luminaries such as ‘Rubber Robbie’ and ‘Barry Swimsuit’. One thing is certain: each year on 2 and 3 October, Leiden draws huge crowds to celebrate the relief of the city in 1574 – Leiden’s Ontzet.

Traffic grinds to a halt, and the university and all schools and city services are closed for a public holiday. The city center is turned into one gigantic festival terrain. The whole town colors red and white during Leiden’s Ontzet. Except, that is, for the roughly 80 commissioners and board members of the 3 October Vereeniging, who go around dressed in a black top hat and tails organizing the festivities.

For them, a typical 3 October may consist of a bugle call at city hall at 7 am, distributing free herring and white bread to the population at 7.30, community singing at 8, memorial service at 10, street theater or a visit to the (full or children’s) carnival afterwards, a quick bite at one of the many stalls and then the Great Parade at 1 pm, followed by pole vaulting competitions across a canal or the entertainment of the 3 October University, a couple of hours off to enjoy the party, and a massive musical fireworks show at 11.30 pm to end an action-packed day.

For many, it’s the cherry on a pie that starts on 2 October with a communal meal of hutspot, a parade, and lots of fun well into the night, not to mention the many events in the week leading up to 3 October. Most events draw a crowd of thousands (community singing) to tens of thousands (Great Parade). Don’t care much for top hat and tails? Not to worry: regardless of what you’re wearing, almost all activities are open to all.* But wearing red and white, the colors of Leiden, certainly lets you blend in with the crowd!

(* Free herring and white bread are distributed on the morning of 3 October to all Leiden natives and residents and to members of the 3 October Vereeniging, but only if they signed up for the distribution previously.)

Simply put, Leiden’s Ontzet is the biggest celebration of town identity in the Netherlands. Against the backdrop of Leiden’s beautiful 17th and 18th century buildings and canals, commemoration and celebration go hand in hand, showing that history is far from dull – and far from over. The big question is: why?

During the Eighty Years War (1568-1648), Spanish forces besieged the city twice. The Protestant city fathers had declared for prince William of Orange, leader of the Dutch Revolt against the Habsburg monarchy under king Philip II of Spain. The first siege ended after six months with minor casualties when the Spaniards marched off to fight an incursion in the eastern part of the country. A month later, on 26 May 1574, they returned. The second siege was another matter entirely. The city had not prepared adequately for another prolonged siege. No new stocks had been laid in, no new troops hired, and even the Spanish bulwarks of the first siege had not been demolished. Prospects were grim, as the Spaniards had already massacred the cities of Naarden and Haarlem upon their surrender. Soon, Leiden fell prey to hunger and plague, killing a third of the population of 18,000. Morale was low and it took the best efforts of the city leaders to avoid capitulation. These included the nobleman scholar and poet Janus Dousa and city secretary Jan van Hout, later both founders of Leiden University, and mayor Van der Werf, who offered his right arm to an unruly crowd as food, if that was what it would take to keep them in the fight.

In the meantime, a relief force of 2,500 “geuzen” (from gueux, beggars in French) led by admiral Louis de Boisot approached the city. By boat, no less, because William of Orange had given orders to pierce the dikes, letting the sea flood the fertile lands surrounding the city. The fleet met stiff opposition along the way. More importantly, adverse winds drove back the sea, leaving the fleet all but stranded south of Leiden. Only when the winds changed on 18 September could they renew their approach by an alternative route. By 2 October, the position of the Spanish forces surrounding Leiden had become untenable and their commander Valdez sounded the retreat. That same night, a large portion of the city wall that had been weakened by the sea water came crashing down. Leiden was ripe for the taking, but no Spaniards remained. An orphan boy, Cornelis Joppensz, was the first to explore the enemy fort at Lammen just outside the city and bring back news of the retreat. In fact, the Spaniards had left in such a rush that a bronze cooking pot filled with hutspot, a stew of beef, carrots and onions, had been left behind. It was brought into the city by Gijsbert Schaeck, to such astonishment that the (now empty) pot is still preserved at the Lakenhal Museum. Later that Sunday 3 October, the relief fleet entered the city from the Vliet side with a large stock of herring and white bread as well as other supplies for the starving population. As by a miracle, Leiden had been saved.

The relief of Leiden has been celebrated yearly ever since. Its oldest parts, the free distribution of herring and white bread and a memorial service in the Pieterskerk, date to the very first 3 October, 1574. The carnival and market stalls appeared soon after. Other events have been added through the centuries, most recently the music festival “3 October Live in Concert”. Apart from 3 October celebrations, the relief of Leiden was the direct cause for another defining characteristic of the city. Leiden University was founded  in 1575 in gratitude for the city’s determination during the siege. And when the city council tried to downplay the festivities in 1823, relegating them to the closest Sunday (to save a day off), the university students stepped in, organizing their own distribution of herring and white bread on 3 October to make sure the tradition endured.

By the end of the 19th century, civic feeling was at a high. The dedication of a statue to mayor Van der Werf met with such enthusiasm, that the 3 October Vereeniging was founded in 1886 “to safeguard the yearly celebration of the commemoration day of Leiden’s Ontzet”. In close cooperation with the city council and public services, as well as major stakeholders including Leiden University, the 3 October Vereeniging now organizes roughly 30 events to mark the celebrations. It is by far the biggest civic organization in the greater Leiden area with over 14,000 paying members. The 12 board members and 72 commissioners work year round on a volunteer basis to make Leiden’s Ontzet the high point of the year for every Leiden resident.

Leiden’s Ontzet is not just about free herring and white bread. It’s about singing 16th-century songs with 3,500 schoolkids and 5,000 adults in the 21st century. It’s about fireworks, fun fairs and folklore, about the past and the present, steeped in food, music and parades. It’s a celebration of independence and a way to reconnect. It was “for the sake of liberty”, as the city motto has it, that Leiden held out in 1574 to give rise to “the bulwark of freedom” of the university motto. And it still is. Leiden’s Ontzet is inclusive, fun, and very, very Dutch. And yes, Leiden’s Ontzet is also about herring. Tons of it. Try some for yourself!